Currently updating case studies and work shown through 2021 — thanks for stopping by! 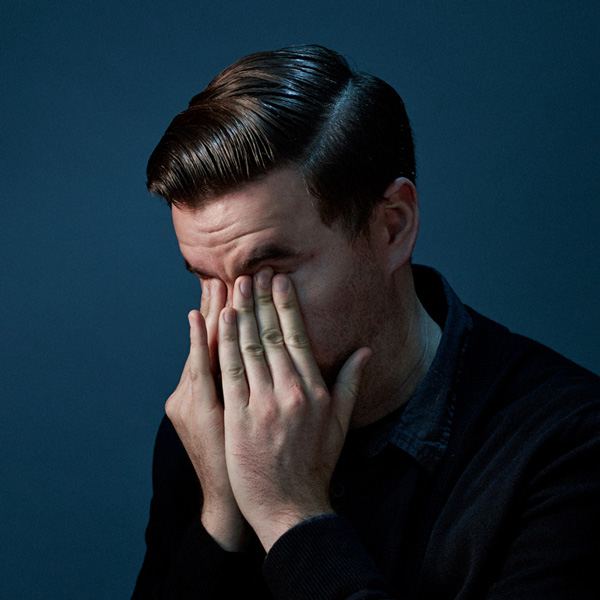 Provision Coffee & Roaster needed some new packaging in 2015 that would stand out in a modern specialty coffee scene, appealing to the aesthetic that was elevated somewhat from their rustic origins. As a branding exercise in efficiency, Chris Hall and I used this packaging project as a means to roll out an entirely new identity for Provision, who had their sights set on expanding out of their original shop in Chandler, as well as a more robust wholesale operation across the valley, and beyond state lines.

We developed an SCA Design Lab award-winning box for the company's retail coffee, side-stepping the specific challenge of cost-prohibitive gusseted bags (whose quantity minimums were in the 5-10k range) and the need to manage variable data on multiple varietals of seasonal coffees. This ushered the full rebranding for Provision, which included development of a style guide, and a cohesive visual tethering to their eventual flagship standalone location in the Arcadia neighborhood of Central Phoenix. The relationship with Provision continues with ongoing illustrative work, website updates, packaging tweaks, retail item prototyping, and any marketing needs we can lend a hand with. Strategy / Copywriting / Art Direction collaboration with Chris Hall.

Gadzooks is a fast casual enchilada and soup restaurant, owned by brothers Jared and Aaron Pool, and located throughout Phoenix, Chandler, Tempe, and (soon) Gilbert. Jared sent me an email after noticing the design and branding work created for Voyager Bakeshop, and I'm thrilled he did. Since 2019, we've been working together to build out design solutions for Gadzooks' customers, embracing light-hearted, affable creative work that underlines the earnest and easy-going ethos of its ownership, while highlighting the top-tier quality and freshness of the restaurant's fare.

The brothers Pool came to me with a laundry list of ideas and design needs they were after, and we're still working our way through it as this local restaurant chain continues to expand and make itself known in Phoenix. Completed projects include event signage, customer experience mapping, menu boards, digital and traditional advertising, venue graphics, custom lettering, technical drawings, illustrations, and more.

Phoenix Food People was created as a direct response to the impact COVID-19 had on the hospitality (mainly the food & beverage) industry in Phoenix. The project involved partnering various creative professionals around town with their favorite bars, restaurants, coffee shops, and other hospitality venues in Phoenix to make legitimately cool merchandise for us to sell and ship on their behalf. The largest portion of the proceeds from the pre-sales went back to to the establishments to use however they needed it most.

I built out the project's website and ecommerce platform almost entirely through Webflow, using their integration with Shippo to manage outgoing orders and assist with fulfillment. Prior to landing on this, I had attempted building out a scaled-back version of the site with different ecommerce site builders and platforms, but none were ultimately as intuitive and customizable as Webflow. Speed was also critical, and without a front-end developer to help me tinker with specific animations, accessibility, and product templates, I was able to get most of the heavy lifting done in less than a week.

Phoenix Food People was originally an ecommerce site, built entirely in Webflow. It sold collaboratively art-directed t-shirts and other merchadise for local hospitality institutions (restaurants / bars / coffee shops) around Phoenix as a response to the devastating affect COVID-19 had on this industry and its employees. The majority of proceeds from each product were distributed back to the restaurants who allowed us to collaborate with them, but other portions of sales were paid as royalties to the participating artists (some artists preferred their royalties directed to the restaurant or COVID-relief related funds). Every dollar of income remained local.

To keep things as efficient as possible and to minimize waste, the merchandise was sold to the public via pre-order, which meant I'd need to automate instances for which product pages would display different content, depending on an item's availability. There were three instances: before the pre-order (future), during (present), and after (past). Using Webflow CMS conditional visibility, I established time / date constraints to which specific <div> elements were visible, so when one instance would roll over to another, the applicable content would exchange accordingly.

The goal was to be as clear as possible with customer product expectations without overburdening them with content; having irrelevant information disappear when it wasn't chronologically necessary was a priority. I also didn't necessarily want any visits to a product's page to be in vain: for products whose pre-orders had already concluded (rendering the product unavailable) I created a system by which we could capture emails from interested page visitors. These emails would go to a singular MailChimp list, and were tagged with whichever item they registered interest with; the visitor could leave an email address on multiple products, which only added tags to their profile on the email list. Prior to reprinting a specific popular design, I could send out an notification email to the specific tagged individuals.

The conditional visibility settings also allowed for other items available during the same pre-order window to be visible further down on the product page.

Orders placed were immediately routed to our shipping software automatically — I had landed on using Shippo (after poring over and creating a half dozen test accounts with their competitors) for shipping label production. I was in the process of figuring out the easiest ways to manage the logistics of migrating order details over to their end, and about a week later, Webflow serendipitously announced a new ecommerce integration... with Shippo.

My wife and I handled fulfillment from our living room — I'll spare you the details, but I salute anyone dedicated to running a grassroots ecommerce operation, because the amount of ongoing labor here is no joke.

I continue to see steady, unexpected brand growth via Phoenix Food People's Instagram, and ongoing newsletter subscribes (despite not having sent out any newsletters as of April 2021). I'm excited to say the next iteration of Phoenix Food People is currently being developed. The navigation and site structure will change, and will likely no longer include an ecommerce limb (as fun an experiment as this was). A jobs page is the next likely addition to Phoenix Food People, as a way to provide folks in the industry a bird's eye view of available opportunities around town. I'd love to continue using any resources at my disposal to continue to bolster Phoenix's food and beverage economy. If you're reading this and want to lend a hand, or have some idea of how we can work together, please reach out.

iwantmyname hired me in early 2015 to solve some UI design challenges with the website, and eventually step into a creative role whose work had always been outsourced to freelance designers.

Initially hired as the small, independent domain registrar's UI designer, but soon thereafter transitioned into art direction, as visual identity, marketing collateral, design for UX, and style library needed a refresh and consistency. CentralNic acquired iwantmyname in 2019, and I was shifted once more into a lead visual design role for multiple retail brands in the company portfolio, including iwantmyname, Moniker, and internet.bs.

Voyager Bakeshop is a made-to-order baked goods catering operation located in central Phoenix. It was founded by a former public school educator in 2017 whose offerings have been a mainstay between a few prominent coffee shops throughout Phoenix, Mesa, Tempe, and Chandler. Popular for her delicate French macarons and humble pop-tarts made from traditional flaky pie crust, Alex (baker and owner) has been quietly delivering these insanely delicious treats around town with packaging and branding we developed together — and continue to iterate on / experiment with.

Voyager Bakeshop was built from the ground up, which required a reasonably broad identity, stationary items, collateral design, signage, a website, social media posts, and packaging elements for a cohesive customer experience. Alex runs a handful of pop-ups a year, and packaging concepts continue to evolve as demand grows and economical solutions and packaging hacks reveal themselves.

Voyager Bakeshop's website was built through a couple iterations via Webflow, and uses a custom built third-party ecommerce solution designed around the need for local delivery and variable delivery pricing based on distance from the bakery. Many of the visual components can be dragged around on the screen, and any overlapping objects will move to the back of whichever panel the user is actively dragging. Updates to delivery scheduling, FAQ queries, custom receipts, upcoming events, and any other data that needs to be flexible can be updated in 5-15 minutes.

The homepage addresses the crucial, most common questions and feedback Alex gets from customers, including an outlet for custom orders, upcoming pop-up events, and a revolving list of FAQs. A quite visual shop panel is set as the backdrop for these items, and any of the images will take the visitor directly to that product's page.

The product page features full-width images of the shop offerings, and allows the visitor to drag the order panel around on the screen to unobscured the image. Future features include a means of hopping from one product to another without a need to return to the home page.

Using Foxy.io's innovative ecommerce platform, I've embedded a shop system that allows some custom-injected code to interact with Webflow's native CMS, turning a whole collection of products into items that can be added to a cart, or as the Bakeshop refers to it: Your bag.

Form fields that allow for user interaction prioritize setting a delivery date. The expectations can then be set early on in the UX flow, and with timing and date-setting often being high-importance qualities for a baked good order, if the timing can't work between the prospective customer and Voyager Bakeshop, we shouldn't waste any more of this visitor's time.

We've also coded in a custom list of zip codes that allows for delivery geo-fencing in checkout. Any orders requested beyond a certain zip code or county will be courteously notified as such.